I spent Shabbos in Tiberius. Friday morning I went to HaRav Dov Kook's shul for Shacharis. I noticed that most of the kehilah had he same tzitzit tying, and it began to pique my interest. They use Raavad strings and tie with five double knots with three, three, three and then four chulyot in between the knots, just like the understanding of Sefer HaChinuch, except that they do the chulyot not as simple wraps, but rather Rambam/Yemenite chulyot. I asked two people why HaRav Kook espouses this approach, but they didn’t seem to know. Both of them referred me to the person who does the tying for the entire kehilah ― and for HaRav Kook himself. 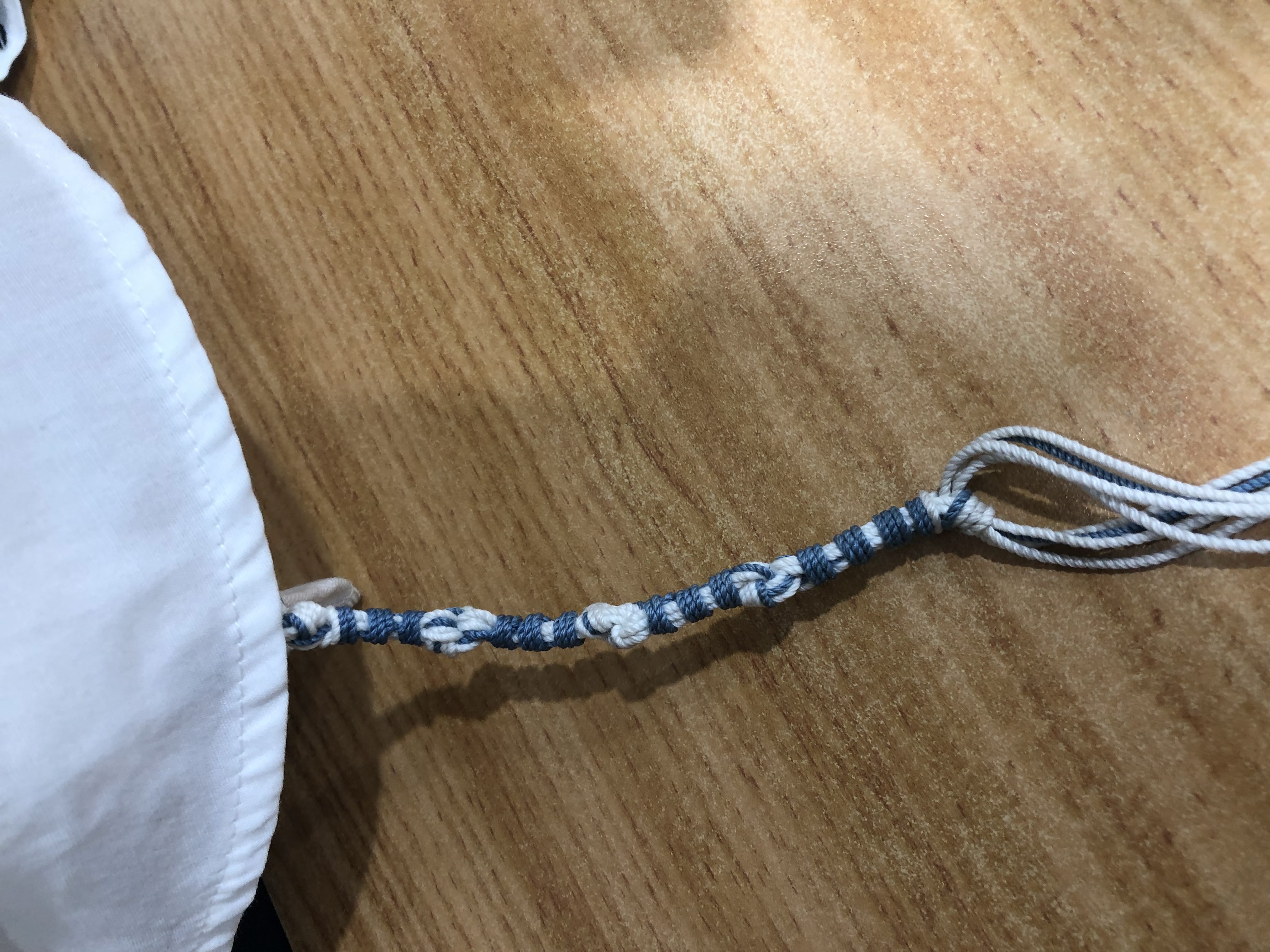 I got him on the phone, and he explained that this tying method has you covered for all of the main Rishonim. (Asking HaRav Kook himself seemed to be unrealistic, because I got the sense he spends much of his time ensconced in a side room, to which entry is barred to visitors most of the time.)

HaRav Kook follows many kabbalah practices and is known for certain eccentricities (the type of practices that only a talmid chacham of note can indulge in) so I sort of expected an unusual, highly original tying method.

But on the other hand, his talmidim include both Ashkenazim and Sephardim, and he himself is an Ashkenazi who adopted Sephardic tefilah, so it makes sense that his tzitzit tying would be somewhat universal.

Apparently he simply opted to adopt the opinion of the Ramak, with one departure: instead of following the Rambam's opinion that of the four strings on each corner, only one-half a string should be blue, Rabbi Kook holds that a full string should be blue. Rafael Hecht of Toronto told me that Rabbi Bentzion Twersky also ties Ramak with a full string of blue. We may be introducing this as a standard option in the near future אי"ה. Reader feedback would be welcome!

If you've ever seen photos of HaRav Kook, you may have noticed a whole lot of tzitzit. His talmid explained to me that he wears numerous tallit katans because every four-cornered garment with tzitzit is a separate mitzvah, so he can opt to fulfill numerous mitzvot. In the photo below, note that of the seven or more tallis katan garments he is wearing, at least one has black stripes and at least two are not Ramak tying.

I also noticed that many of the talmidim had a navy blue lining on their tallit. Unfortunately I didn’t get the chance to ask about that. 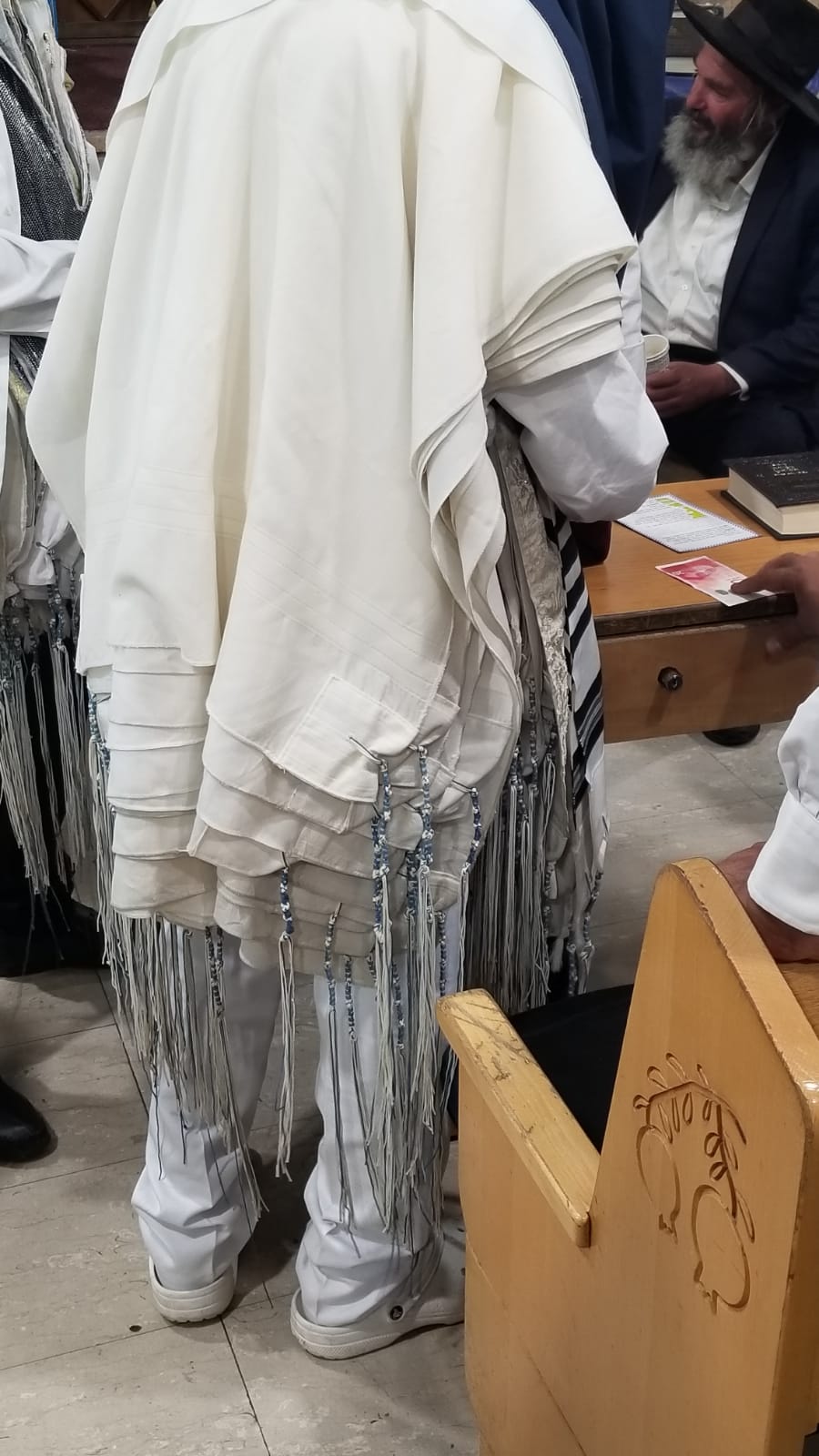