You may have come across "Tefillin Found" notices after a teenager left a pair on tefillin on the bus. But what about a tallit bag restored to the rightful owner — fifty years later?

"My father, an alumnus of the Har Etzion Yeshiva, was on an army base in the Golan Heights when — in the middle of Yom Kippur prayers, while fasting — a siren sounded, sending him running to a bunker, leaving his belongings behind. The Yom Kippur War had begun.

"Months later someone found my father's tefillin and returned them to him, but his tallit bag had vanished without a trace.

"Today my father told me that he had just received a call from someone who had been holding on to his tallit bag for fifty years. During the war, after we had re-taken the area overrun by the Syrians, the tallit bag had been discovered in a disabled Syrian armored personnel carrier, along with an IDF High Holiday prayer book, a shofar, and a few other miscellaneous items. One of the IDF officers, Uri Atzmon, gathered up these items for safekeeping. Atzmon, who lives in the village of Kfar Sirkin, would display these items every Yom Kippur on a table for public viewing. 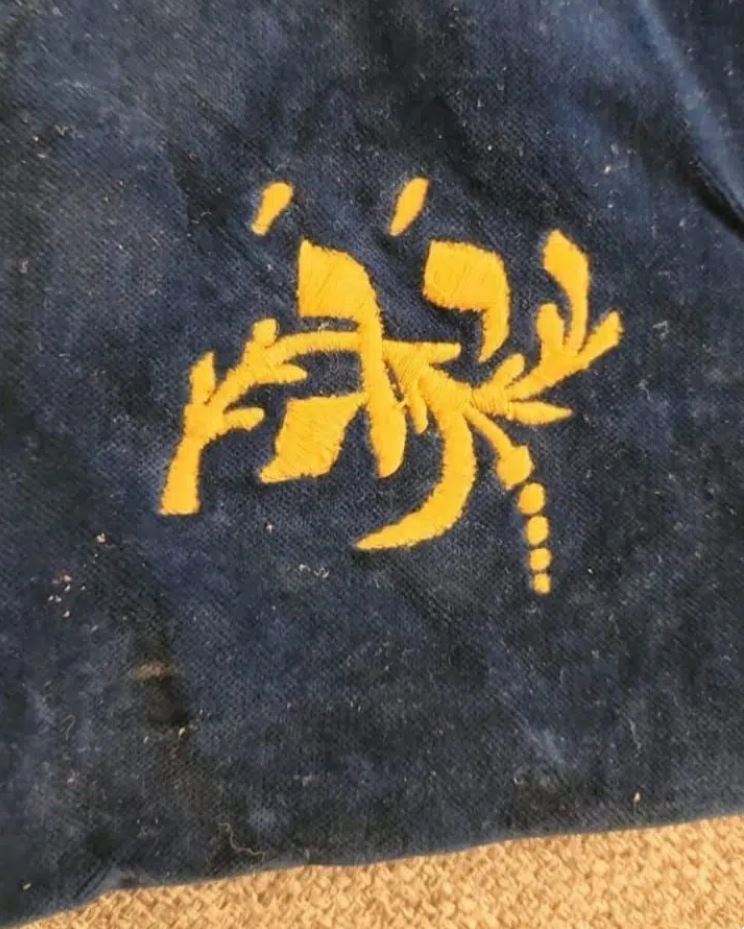 "Atzmon had been searching for the owner of the tallit bag for years and telling the story about it everywhere, but had no leads. This year his son began displaying the tallit bag on social media, publicizing it as follows:

Uri Atzmon, battallion commander of Armored Infantry Unit 43 of Brigade 670, on the third day of the Yom Kippur War at the foot of Givat Orcha, found a small bag embroidered with the initials Yud Gimmel. The bag will gladly be returned to its owner and all are welcome to share and forward this message.

"After the message had been shared, it soon became clear that the initials Yud Gimmel were those of my father, Yitzchak Gutman.

"My father, beside himself with excitement, could hardly speak.In the many phone calls from family and old friends, he acknowledged that he always thought his tallit bag had either been burned or taken to Syria, and never imagined that he would see it again. He was delighted to learn that throughout the years his tallit bag had been such a meaningful part of the Yom Kippur experience for the residents of Kfar SIrkin."

Media personality and speaker Sivan Rahav-Meir lives in Jerusalem with her husband Yedidya and their five children. She works for Israel TV news, writes a column for Yediot Aharonot and hosts a weekly radio show on Galei Tzahal. Her lectures on the weekly Torah portion are attended by hundreds, and the live broadcast draws thousands of listeners around the world.