A few weeks ago I noticed that one of our suppliers, Malchut Yerushalayim, now has a siddur just for weekday Shacharis. These seem to be becoming quite popular. 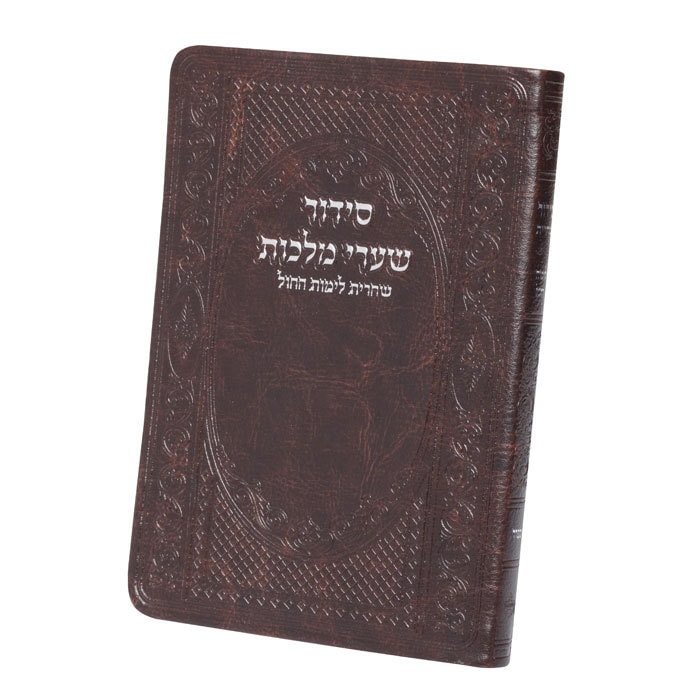 Among my family members, pocket siddurs and bigger softcover siddurs just for Shabbos and Yom Tov are quite popular.

For months I’ve been thinking of getting a weekday Shacharis siddur for myself. I almost started using one of the Malchut Yerushalayim weekday siddurs mentioned above, or maybe a very similar weekday siddur published by Simchonim or Oz Vehadar. I like the idea of a siddur that has readable print, but which doesn’t take up an more more space than necessary in my tallit/tefillin bag.

There’s just one thing not quite right with them for me: all of the weekday Shacharis siddurs I’ve come across so far are softcover, so if you lay them down on the table, they’ll close unless you keep a finger inside all the time. (It seems most people are okay with this, as long as it has a bookmark.)

So I’m going to be on the lookout now for a compact Shacharis weekday siddur with a built-in bookmark, but also hardcover, so it stays open. I’ll try to remember to update this post if I’m successful. Most pocket-size hardcover siddurs won't stay open on their own, but on the other hand, I have a fairly small Kiddush booklet that lays open nicely on the table, so apparently it is within the realmo of possibility according to the physics of bookbinding.