You've probably heard how those dastardly Israelis extremists are at it yet again, seeking to disrupt peace throughout the Middle East by taking over Al-Aqsa. Of course there are plenty of young hotheads who are gullible enough to believe that based on Facebook/WhatsApp/Twitter rumors and could suddenly decide to put down their phone and run in search of a soldier to stab. 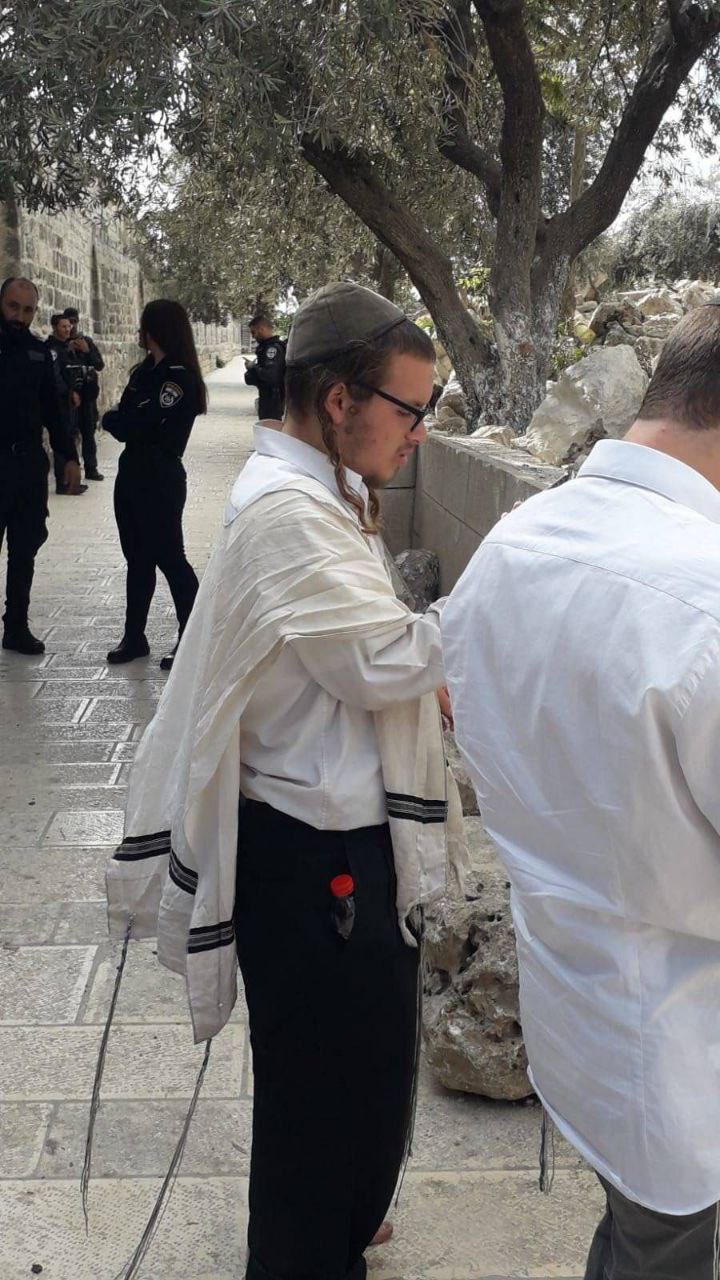 This crime of trying to take over Al-Aqsa is nothing new. It's a blood libel that comes up once every few years, typically when the Palestinian street is starting to get peeved over government corruption. The pattern stretches back to the Hebron Massacre of 5689 (1929). Apparently it's a tried-and-true method to get the people riled up. In fact, they don't even need to get creative, but simply repeat the same claims.

In the Arab press, the accusation is couched in stronger language. Almost invariably the reports refer to "settlers storming Al-Aqsa." By "settlers" they mean Jews.

Take a look at this photo (right). How would you write the caption?

(If I were the one writing the caption, I'd probably mention how the tzitzit are tied, but I can't make out the tying custom in this picture.)

The photo was tweeted by Al-Qastal News. They described the image in somewhat different terms.

In fact, it seems Al-Qastal does this often. While writing this blog post, I did a search for "Al-Qastal News" and I see that just two hours ago they tweeted, "Israeli colonial settlers storm the courtyards of Al-Aqsa Mosque."

Beyond the problem of referring to this guy as a colonial settler and saying that he is in the process of storming (am I missing something? maybe he's taking a quick break from storming?) there's another mistake here: That's not a "prayer shawl," it's just a tzitzit garment commonly worn under a shirt, worn on top instead.

But you gotta kinda wonder how come the tweeter devoted 40% of a 20-word tweet to what the young man in the photo is wearing. I don't know how to read between the lines from the perspective of the typical Arab reader, but I think the implication is that he has added insult to injury: Not only is he "defiling" Al-Aqsa with his presence, but he even has the gall to come dressed in Jewish garb.

I could be wrong about that. The veteran blogger who pens Elder of Ziyyon told me that in this tweet the term al-tallit is not used maliciously, the way Palestinian writers are wont to refer to "racist Talmudic prayers."